Based in France, Balea is one of Europe’s only manufacturers of weight control systems for the supply chain industry. The family-owned business produces systems for pallets, trolleys and boxes that help companies correctly weigh and load the right amount of goods when preparing orders. 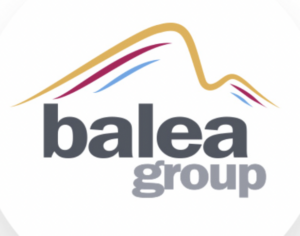 Over the years, the company had maintained its market leadership by continually innovating and optimising new and existing product solutions. However, when it came time to prototype parts for new products, the services of third-party injection moulding companies were often enlisted. This made the process more costly and time-consuming, taking upwards of several months for manufacturing and delivery.

Balea ultimately selected Stratasys as its technology partner after coming away impressed by the easy-to-use interface and quick turnaround of the F170 3D printer and its GrabCAD Print software.

Using its F170 3D printer, the Balea team predominantly produces parts using Stratasys’ production-grade ASA thermoplastic. The material’s resilience allows for functional tests to be performed and its non-conductive properties make it fully compatible with the electronic devices they produce.

Additionally, the ASA material provides a surface finish that meets Balea’s high standards — so much so that the team even used it to manufacture a model to exhibit at an industry event.

Among the parts created are outer cases that house the electronic weighing devices. Prior to having the on-site Stratasys 3D printer, prototyping these outer housings would have required injection moulding via an external provider before final part manufacture in cast iron or aluminium.

Our team wanted to unveil a new trolley and weight system during a key presentation at an important tradeshow. Stratasys 3D printing technology enabled us to design and manufacture a new model with 3D printed end-use parts. We were able to make four or five iterations of the design to get a perfect product and still had plenty of time to spare going into the event.

Now with more design freedom, quicker turnaround times and the ability to iterate customised solutions for clients at a lower cost, the integration of 3D printing has completely transformed Balea’s way of doing business.

The F170 allows us to think differently because we’re no longer constrained. This gives us the design freedom to prototype accurate fit-for-purpose parts while slashing turnaround times. This technology has transformed our prototyping process and delivered efficiencies that we could previously only dream about.

For further information on the F170 3D Printer, or to get your very own benchmark part get in touch.